WOMEN'S SPECIFIC SLEEP SYSTEMS: CONSIDER MAKING THE SWITCH (REGARDLESS OF HOW YOU IDENTIFY)

Because maybe you could be sleeping better in the outdoors.

When pack space is at a premium, camping gear needs to earn its place on your next adventure. It needs to do exactly what you need it to do for a packed size and weight that you can live with.

Especially when we're talking steep systems—and a night of rest and recovery is at stake. So our gear designers fret over the most minute details to ensure every element of our steep systems provides real benefit—that it's comfortable and warm enough to get you a good night's sleep in the most unforgiving conditions.

When we set about to create a range of women's specific steep systems, we started our design process from scratch. We wanted a completely new perspective—and we didn't want to miss anything that could be improved.

Through extensive research, anthropometric data, user feedback and testing, we engineered a sleep system range that's tailor-made for women. And people (and the reviewers) have noticed the difference. 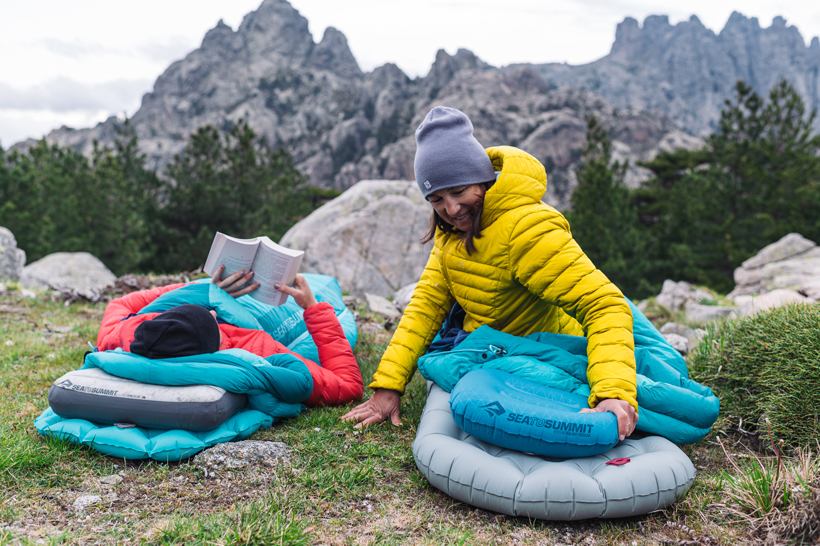 ONE SIZE DOESN'T ALWAYS FIT ALL

A lot of women have been making compromises for years when it comes to their sleeping gear—and they may have been getting less-than-ideal sleep as a result.

Before we launched our women's sleep systems, we've tended to focus on unisex sleep systems—with enough models and sizing variations to cover most outdoor users. Statistically, however, women tend to sleep a few degrees colder than men. It also may come as a surprise that, on average, their height, weight distribution and metabolism can differ too.

What's more, many women tend to be side sleepers, sleeping in a 'figure 4' position.

"When a woman is carrying a standard mummy-shaped sleeping bag—which was designed around a typical man's physique—they're lugging around extra length and shoulder width," said designer Brendan Sando.

"That sleeping bag will probably have insulation suited to a male sleeper and the shape will often be too constricting for side sleeping-the same is true of sleeping mats."

A few degrees of heat, a few extra inches on the shoulders and a tighter fit around the legs—it couldn't make that much of a difference, right? But these little annoyances—like cold feet or constriction of movement (which can compress insulation and cause you to sleep cold)—are enough to keep you tossing and turning all night.

Our women's specific sleeping bags and sleeping mats have been designed with an ergonomic cut and extra warmth where it's needed. The result is a better night's sleep for many campers. 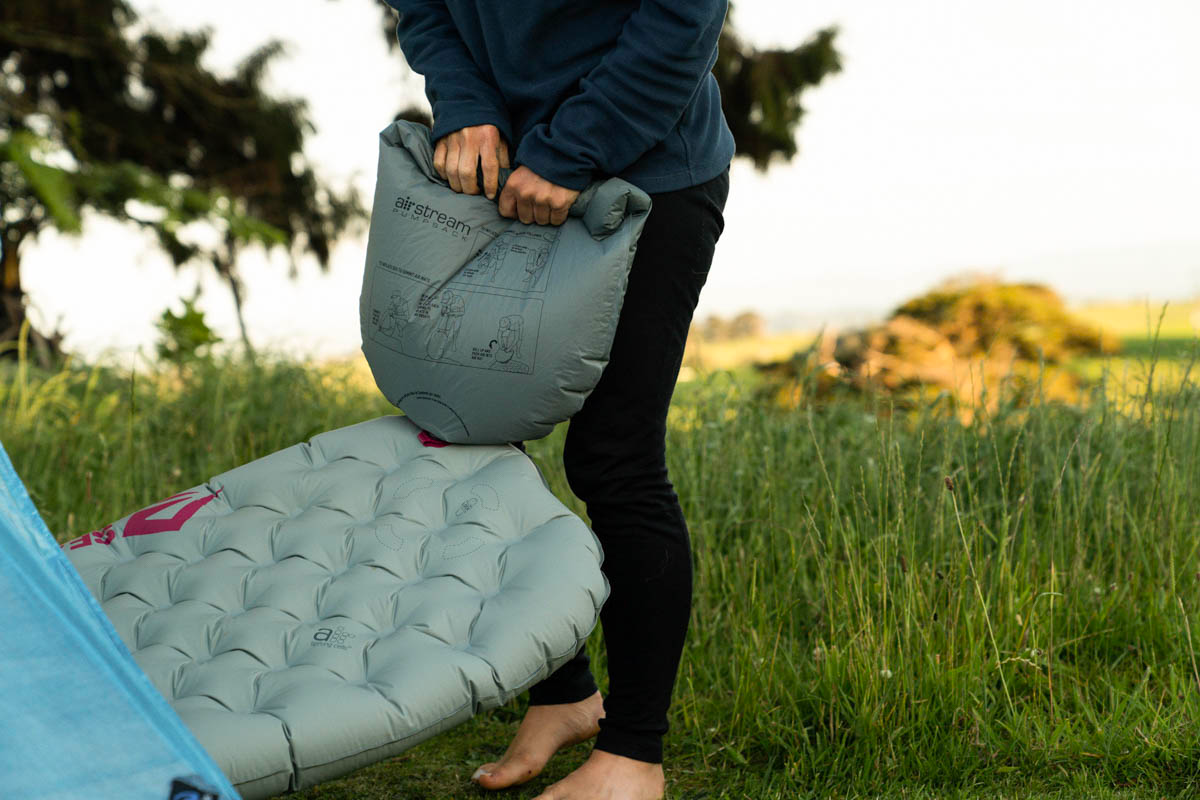 Our women's specific sleeping mats are shorter, narrower at the shoulders and wider from the hip to knee. The shorter length and better—fit shoulders mean you don't have to carry extra weight around (though taller versions are available within the unisex range). And the more generous cut around the legs allows you to sleep on your side without falling off the mat. 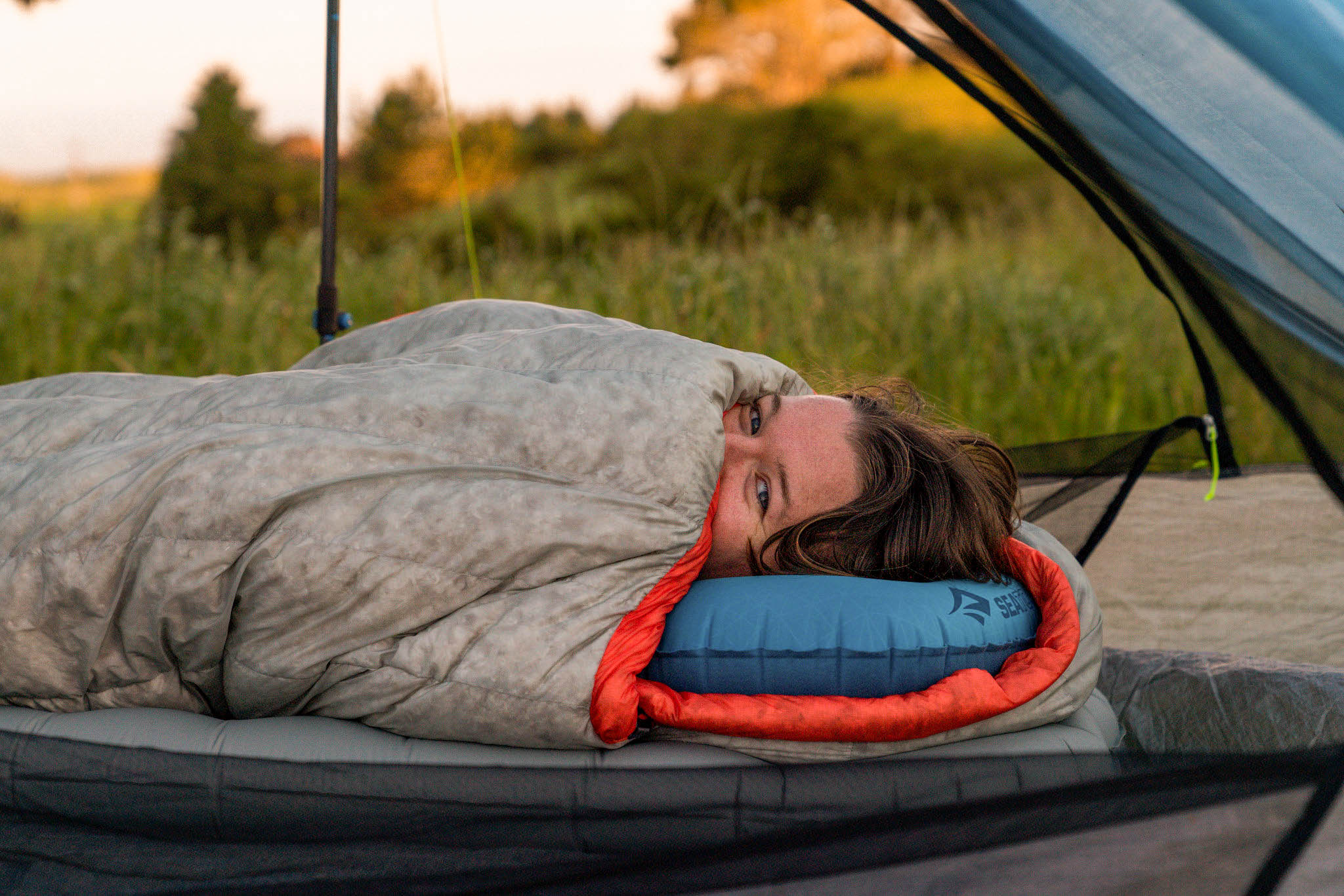 Like our sleeping mats, our women's specific sleeping bags are shorter, narrower at the shoulders and wider at the hip to knees. This shape allows you to sleep in a natural position-on your back, side or in a 'figure 4' —without your knees or hips flattening the insulation. Most women (and many men) will find this far more comfortable and warmer than narrower mummy—shaped designs.

We've used body mapping data to add extra insulation to create extra Comfort Warmth Zones where women typically lose heat. Some of our down models also have an added layer of THERMOLITE in the footbox for extra warmth.

After you choose your women's specific sleeping mat and sleeping bag—you can choose one of our unisex pillows and sleeping liners to complete your sleep system. There are many models to choose from but there are also size and temperature rating variations within these. Our ultralight Flame sleeping bag, for example, is available in five variants 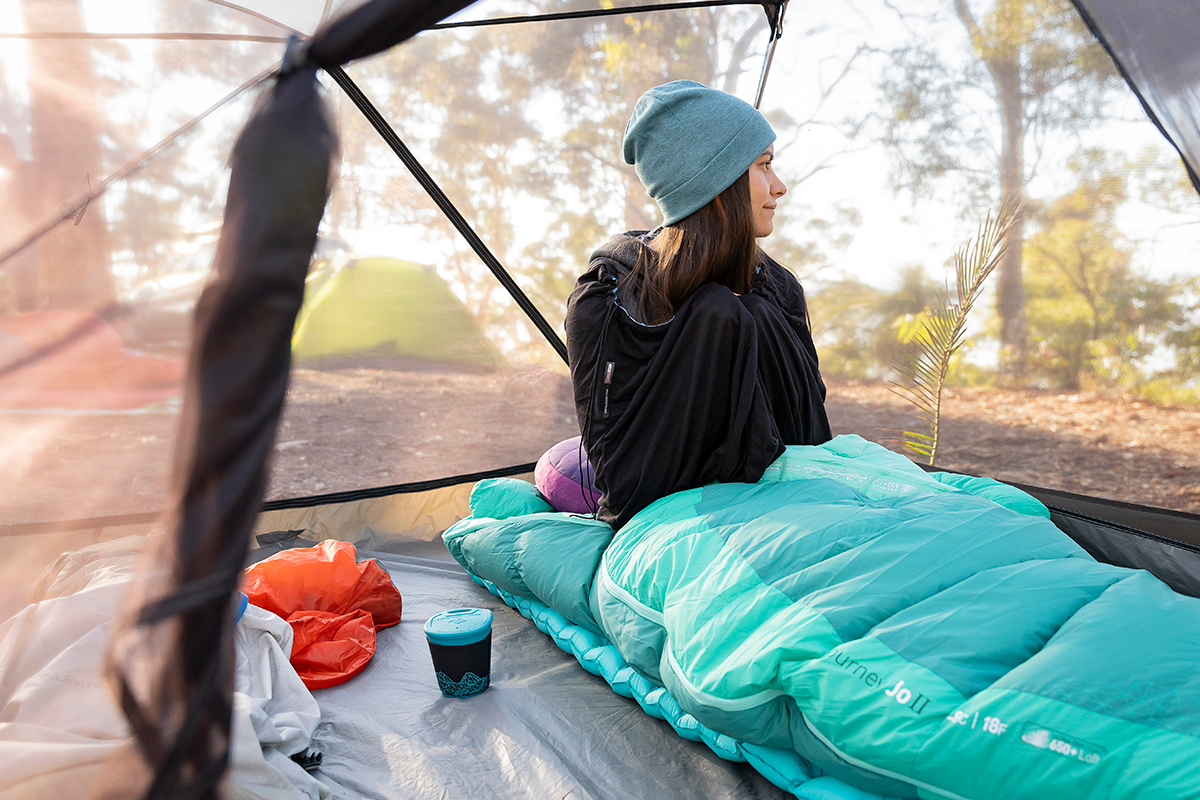 Choosing a sleeping liner often comes down to preference between materials, size, weight and heat properties. However, the Compact Plus Reactor Liner is the perfect next-to-skin layer for many women With panels of mid-weight THERMOLITE in the torso and footbox, this is the only liner available with Comfort Warmth Zones. 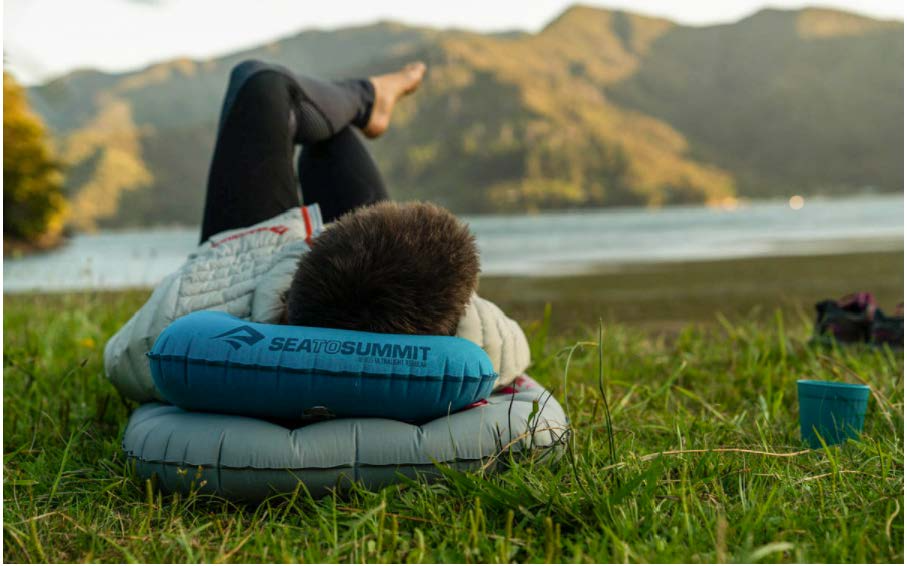 Like choosing the right sleeping liner, pillow choice often comes down to personal preference­—considering things like size, weight, feel and shape. Maybe you like the feel of a down pillow. Or perhaps a Foam Core Pillow will feel more comfortable for you. Either way, our Pillow Lock System (which comes free with all our sleeping mats) will secure your pillow to your mat. Just another way a small design detail can eliminate a big annoyance.

Sleeping well can make all the difference to your adventures. It gives you the energy and focus to climb higher or run longer. And it can make the difference between enjoying the outdoors and counting down the hours until you get home. 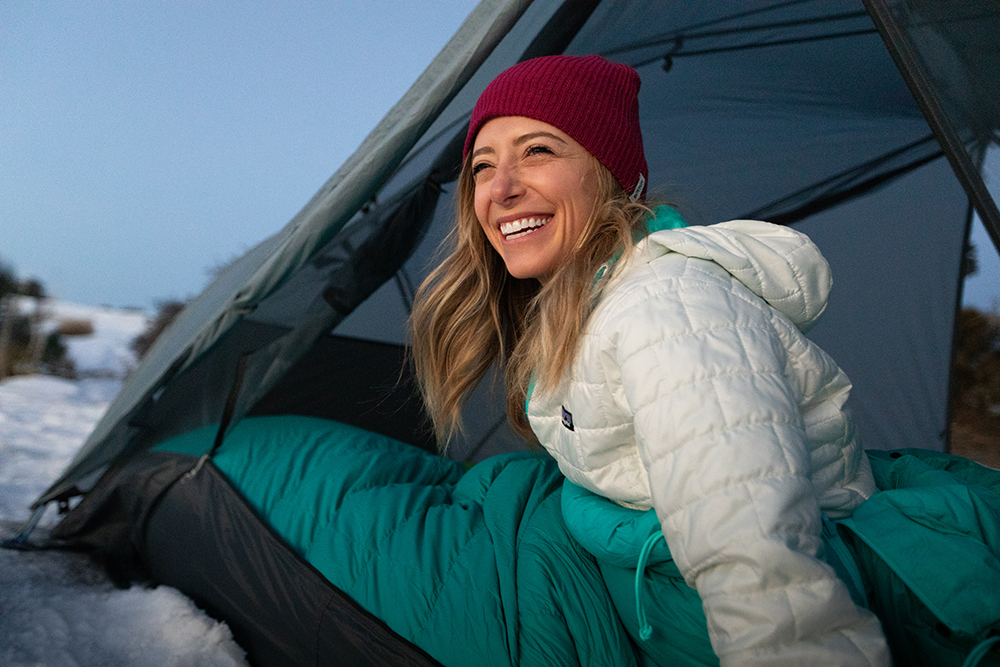 IS A WOMEN'S SPECIFIC SLEEP SYSTEM RIGHT FOR YOU?

It's well worth trying every trick in the book to maximize sleep and recovery, and a completely tailored sleep system gives you your best chance at a full night of shut-eye.  Want to find the perfect sleep system for your adventure? Try our Sleep System Finder.

Our customer care team is here for you Our Favorite Gear for Camping in Your Car How to pack a backpack for hiking Exploring the outdoors as a Mum
View blog
Cart

Free shipping on all domestic orders over $50!